Here’s the video we found on the You Tube of Aquilani and Comolli deep in discussion, I wonder what they are talking about, are they arguing, does Aquilani want to leave Liverpool, does Damien want him to leave Liverpool? Hopefully they are just moaning about the British weather.

Here it is, what do you think? Very blue springs to mind! 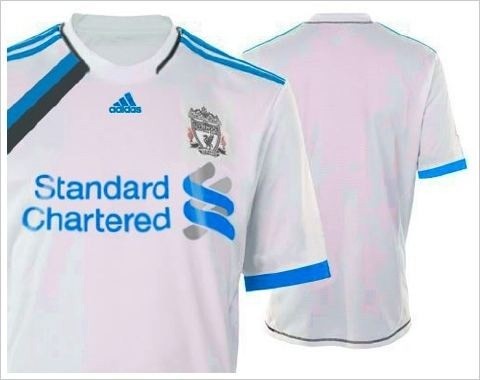 As the final whistle went Arsene Wenger walks towards Kenny Dalglish moaning about the Liverpool penalty, judging by what Kenny says it was along the lines of “it wasn’t a penalty”, so Kenny tells him to piss off! 🙂

The new Liverpool kit sponsored by Standard Chartered has been revealed, now you can pre-order it from Kitbag and receive a free LFC pennant with every shirt order 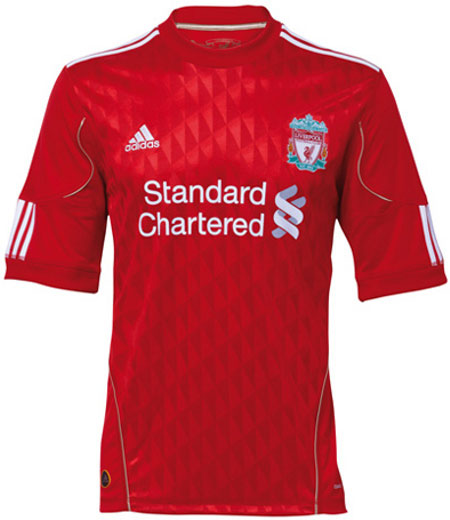 Ryan Babel announced on Twitter that he was not traveling for the Stoke game as Rafa hadn’t picked him.

2 hours later….
@RyanBabel Hey people, I got some disappointing news, I m not travelling 2 Stoke.. The Boss left me out the squad. No explanation..

Another 2 hours later
@RyanBabel What happend after a first good season? Scoring 10 goals, being young talent of the year, and then second and this season don’t play at all?

@RyanBabel I can tell everybody, I have never had a argue or a fight with the manager… I always kept quiet… So for me its also a question ..

@RyanBabel Where did it go wrong??? .. Well obv you have people who support me and don’t support me.. That’s all good.. I believe in myself..

@RyanBabel And one day, you will see what I m capable off, will it be at LFC or somewhere else… I have faith…

@RyanBabel And hey, I m not scared to share this with you guys.. Cause its the truth.. And there r no secrets.. !!!

@RyanBabel In a football career you have ups and downs… Every player has them..

@RyanBabel So the day will come def.. When I will do well everyday… ! So don’t worry.. God is good, yes he is !

Maybe he’s as confused as a lot of people, with Gerrard, Torres and Benayoun out, that he’s not even on the bench!

The kit will be on pre order until launch date – which is 13th August. All pre orders taken will be dispatched from then.

This is one of the best looking Liverpool Shirts we’ve seen for a while, get yours now!

To win all you have to do is order ANY Liverpool FC product(s) on Kitbag.com up to 12am on 30th June and you will automatically be entered into a prize draw to win this Torres signed Liverpool home shirt: 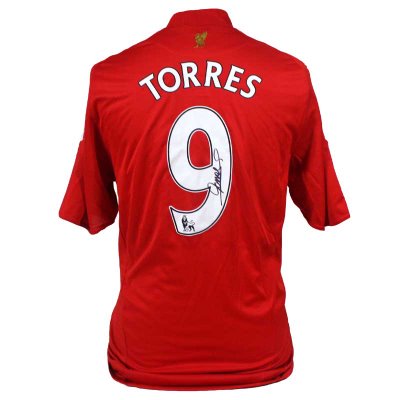 Are you looking for Liverpool FC Football Shirts?

Below we list the best online stockists of Liverpool FC Football Shirts at the best prices. 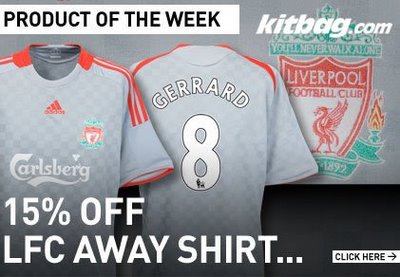 Check these out! Football Stadium Wallets!

Made from black leather, it looks chic on the outside with a subtle print of the club crest on the front, and printed on the inside is a panoramic view of the club’s stadium

With sleeves for cards and a full width pocket for your notes you can’t go wrong with this well designed wallet, whether as a gift for a fan of the club or you quite fancy one yourself – your mates will be envious!

This wallet comes beautifully presented in a black crested box which is felt lined with the football club’s primary colour. 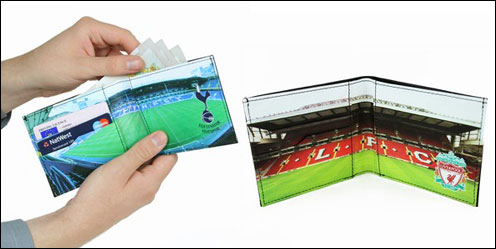