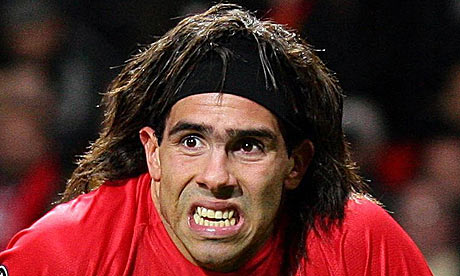 With Manchester City 2-0 down, Tevez let his side down after staying on the bench and refusing to enter the pitch, he may now never play for the club again after Mancini told Sky Sports HD2 “I can’t accept this one player refusing to go on.”

Carlos Tevez, you are a knob!