Football is the most watched sport in the world, find out how it has grown from it’s grass roots as a mob sport over 100 years ago in to the sport that is watched world wide by billions! The first football league game is understood to have taken place over 100 years ago with more basic versions of the game starting even further back than that! since then it has grown to become one of the most loved sports in the world, viewed by millions and loved by all.

Football is particularly big in the UK, home to giant teams such as Man Utd which has more supporters from around the world than any other team but how do they compare against their spanish rivals Barcelona? The Premier League is watched more than any other league in the world by over 600,000,000 viewers in 212 countries.

The World Cup is known as the ‘Greatest Show on Earth’ watch by hundreds of millions of people all over the world, it is the pinnacle of footballing greatness and the main target for any footballing professional.

The 2012 European Championships was watched by millions of people all over Europe and the rest of the world, as football fans tuned in to see how their national team fared against the best in Europe. Whilst you might argue that Euro 2012 wasn’t the most exciting international tournament there has ever been, it was a record-breaking affair that saw the Spanish national team cement their dominance over the sport.

All these questions have been answered (as well as scores of others), with the ‘Infographic Look At Euro 2012’, put together by the team over at Golden Riviera Casino. The infographic looks at the top XI (and the worst XI), as well as the best game, biggest upset, general statistics from the tournament and individual stats for England, Spain, Italy and Portugal.

Following some of the Journos on Twitter has brought up some funny quotes that have been said during the John Terry Racism trial, here’s just a few:

Crown to Ashley Cole: ‘You used to play for Arsenal, the crowd doesn’t make any noise at the Emirates do they?’

Terry: ‘My mum dated a man from Liverpool and LFC fans made up a song ‘My mum loves scouse c***” YouTube Video of the song

Penny:“You used ‘black’ because it was a feature of him you chose to pick out. Like Paddy Kenny is ‘fat’ & other people are ugly”

Carter-Stephenson: “F***ing nobhead’ is something I suspect you’ve been called on the pitch on a number of occasions”. Ferdinand: “Yes”

If you know of any more please leave it in the comments below.

He may not have had too much to do at Euro 2012 but it seems he certainly had his part to play on the flight home from Euro 2012.

Check out this YouTube video of Pepe Reina performing the safety instructions on the plane.

Check out Poland’s Official song for the Euro 2012 Football Championships.

The song was chosen as the winner of a competition in Poland to choose the official song of the championships and is sung by a group called Jarzebin, the song is called Koko Euro Spoko, the youngest woman in the group is 32 and the oldest 82, all of them being from Kocudza a village in Poland, they are all wearing folk-style Polish clothing and not dressed as Nuns as many think.

This is pretty funny, Gary Neville seems to climax as Fernando Torres scores against Barcelona in the Champions League semi final.

In all of football, and perhaps in all of professional sport, there is no athlete quite as bonkers as Mario Balotelli. The Italian striker who stars for Manchester City has provided football fans and tabloids alike with enough batty material to fill a career. Here are ten of his maddest moments.

The Backheel Against the L.A. Galaxy
In a pre-season friendly against the Los Angeles Galaxy of Major League Soccer last July, Mario casually dribbled towards the goal, turn his back to the keeper, and executed perhaps the most indifferent backheel in the history of football. His coach Roberto Mancini immediately subbed him out for the laissez-faire display.

Even The Great Ones Have To Go
If you’re a world famous multi-millionaire in need of a toilet, you generally think of stopping off at the local university, right? That’s exactly what Mario did in January when he asked the students in the canteen of Xaverian College where he could find the loo. After milling around for a minutes, Mario drove off with his mates in his white Bentley, leaving the students wondering what had just happened.

Mario Doesn’t Care For Bullies
Wanting to get involved in the international fight against bullying, Balotelli drove a truant student who was being harassed back to his school to confront the bully. A man of the people.

Fighting Homelessness
Continuing his humanitarian efforts, Mario gave a homeless man £1,000 after winning £25,000 at a Manchester casino. No word on how it was spent.

Darts Champion Too?
You wouldn’t expect a man who fights bullying and homelessness to attempt to injure people out of boredom. But Mario’s not your average fellow. While watching the Man City youth team practice at their facility, a bored Mario flung darts at the players in an effort to liven up the day. No one was hurt. Perhaps he should stick to footy.

A Daytrip To The Women’s Prison
Not often does one get the chance to see how the fairer of the species manage in correctional facilities, so Mario took his kid brother to a women’s prison in Milan. Said Balotelli, “I told my brother: ‘Do you want to see a prison? Then I went in.” They were predictably detained for trespassing. You can’t even make these things up.

There’s No AC In Inter
Appearing on Italian television Mario donned an AC Milan shirt, which would seem perfectly reasonable given his profession. However, he was currently employed by their bitterest of rivals, Inter.

Mario Bibatelli
Given his childlike enthusiasm, it surprises few that Mario also displays other less lovable childlike qualities. Like, when he struggled to don his training bib while warming up for a match. An assistant had to offer his sartorial skills to Mario twice. I hope he knows how they work by now.

Fireworks Are An Outdoor Activity
Mario Balotelli nearly burnt his house down after lighting fireworks in the bathroom. What more can you say?

Why Always Me?
Two days after the fireworks incident, Mario scored the first goal of the Manchester Derby and lifted his jersey to reveal a shirt that read “Why always me?”. I will leave the complex philosophies of that inquiry for the reader to consider. 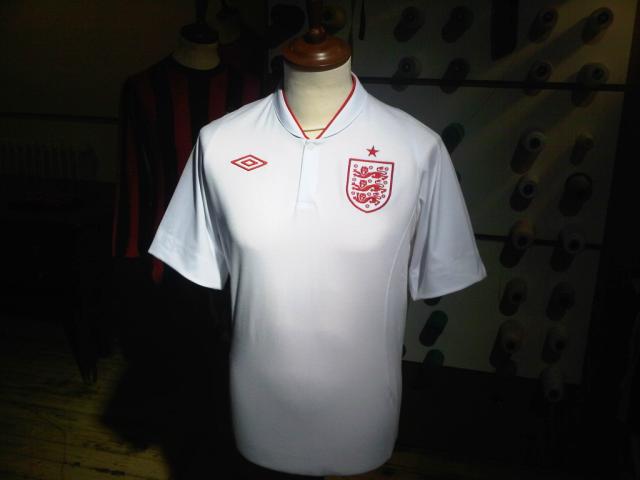 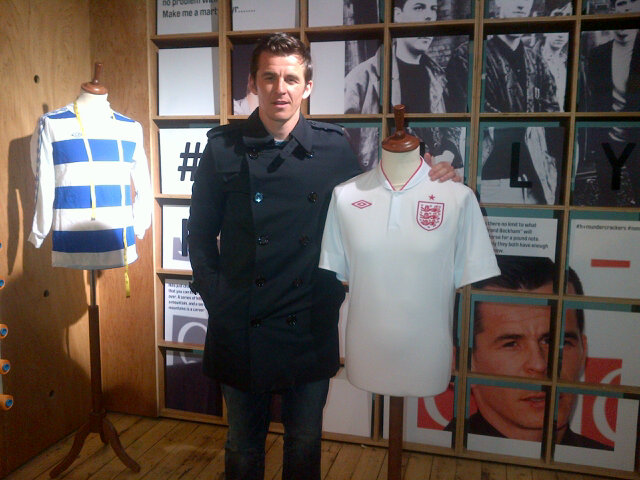 Those chicken pluckers from India have come up with a great advert which involves the Blackburn squad, bet the players loved making this!